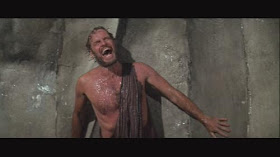 Joe Sacerdo of Bryan Hehir Exposed writes, "When the archdiocese says they have 'reached out to bloggers on numerous occasions to ask them to enter into a professional and Christ-centered conversation with us' we assume that probably is referring at least to this blog, perhaps others. There are two problems with their statement. First, their latest announcement about speakers for their upcoming Social Justice Conference further proves they don’t care the least about doing something about the problems we have raised. (Remember, the objective of meeting with us from their perspective was '…to have a frank conversation about what is the best way to serve Christ and His Church, and to give you a broader frame of reference for future blog entries.' (Nothing about acting on the issues we have raised–just lecturing us on how to blog in a friendlier, less critical way).

Secondly, the reference to 'unfounded claims' sounds strikingly similar to their comments to us about posts considered 'untrue' or 'inaccurate.' We asked several times in good faith for specific examples so we could correct them and never got a response.

Join parishes from around the Archdiocese of Boston to learn more about Catholic Social Teaching, celebrate the work for justice already going on, and find out concrete ways to connect faith with action in the service of justice. Featuring:

Keynote Address by Fr. J. Bryan Hehir, Cabinet Secretary for Health and Social Services for the Archdiocese of Boston
Introduction to Catholic Social Teaching by Fr. Thomas Massaro, SJ, Professor of Moral Theology, Boston College
Fr. Massaro, of course was one of 26 signatories to a letter supporting the nomination of pro-abortion Gov. Kathleen Sebelius as Secretary of Health and Human Services. Just Google on “Fr. Thomas Massaro abortion” and here’s a sampling of what you get.

'The pro-abortion group Catholics United has started an organization to defend President Barack Obama’s pro-abortion health selection and has been criticized for spreading misinformation about Sebelius’ record. Now, the Cardinal Newman Society is concerned that half of the 26 Catholic activists, scholars and theologians who signed the CU statement are professors employed by Catholic universities.

These professors are giving comfort and aid to those whose stated goals are to advance policies directly opposed to Catholic teachings on life issues,” CNS president Patrick Reilly told LifeNews.com. Kathleen Sebelius vetoed pro-life legislation on four separate occasions as governor of Kansas,” Reilly said. “After she vetoed the pro-life Comprehensive Abortion Reform Act in April 2008, Bishop Joseph Naumann [said she should stop receiving communion.]'" (For Joe's entire post, go here).
Now, Father Massaro is the same person who, arguing against the war in Iraq, said that:
"We're putting soldiers in combat positions where they're afraid for their lives on a minute-to-minute basis. They're suspicious of every Iraqi they see because they could be suicide bombers...These young soldiers begin to see human life as cheap...Young people come home from the war and not respecting the dignity of human life is a great concern for theologians and ethicists." (See here).
Yes, clearly American soldiers coming home is our real problem*. Not moral theologians and ethicists who back pro-abortion politicians. As a veteran, I find Fr. Massaro's attitude troubling. The combat soldier, more than most, detests violence because he has faced it head on and lived with it up close. He has done his duty. But it is something which stays with him for the rest of his life. If anything, the horrible experience of war gives him a renewed appreciation for the sanctity of life. Which is apparently more than we can say for some of our theologians and ethicists.

*"The right conscience of the Catholic theologian presumes not only faith in the Word of God whose riches he must explore, but also love for the Church from whom he receives his mission, and respect for her divinely assisted Magisterium. Setting up a supreme magisterium of conscience in opposition to the magisterium of the Church means adopting a principle of free examination incompatible with the economy of Revelation and its transmission in the Church and thus also with a correct understanding of theology and the role of the theologian. The propositions of faith are not the product of mere individual research and free criticism of the Word of God but constitute an ecclesial heritage. If there occur a separation from the Bishops who watch over and keep the apostolic tradition alive, it is the bond with Christ which is irreparably compromised." (See here).