In my last post,  I commented on the course,  vulgar  language employed by many who engage in partisan politics and who wish to demonize their political opponents or those who support them.

Because I took exception to a hateful Facebook post attacking Donald Trump and referring to the presidential candidate as an "asshat" and his supporters as "uneducated morons," I found my post deleted and myself accused of violating Facebook standards and banned. 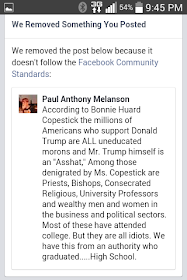 And the fallout for commenting on a Trump-basher's hate: 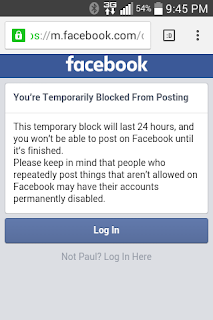