Israel is stocking up now on wheat in preparation for the coming famine. See here.

A ration of wheat will cost a day's pay...

"When he broke open the third seal, I heard the third living creature cry out, "Come forward." I looked, and there was a black horse, and its rider held a scale in his hand. I heard what seemed to be a voice in the midst of the four living creatures. It said, "A ration of wheat costs a day's pay,  and three rations of barley cost a day's pay. But do not damage the olive oil or the wine." (Revelation 6: 5,6).

Our Lady told Mother Anne of Jesus (at Quito, Ecuador) that, "..the Church will go through a dark night for lack of a Prelate and Father to watch over it with love, gentleness, strength and prudence, and numbers of priests will lose the spirit of God, thus placing their souls in great danger...Satan will take control of this earth through the fault of faithless men who, like a black cloud, will darken the clear sky of the republic consecrated to the Most Sacred Heart of my divine Son.  This republic, having allowed entry to all the vices, will have to undergo all sorts of chastisements: plagues, famine, war, apostasy, and the loss of souls without number.."

Don Bosco warned in a prophecy: 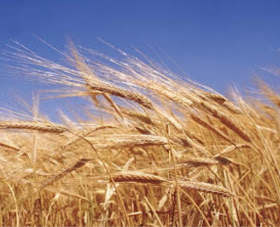 "Now Heaven's voice is addressed to the Shepherd of shepherds. You are now in conference with your advisors. The enemy of the good does not stand idle one moment. He studies and practices all his arts against you. He will sow discord among your consultors; he will raise up enemies amongst my children. The powers of the world will belch forth fire, and they would that the words be suffocated in the throats of the custodians of my law. That will not happen, they will do no harm but to themselves. You must hurry. If you cannot untie the knots, cut them. If you find yourself hard pressed, do not give up but continue until the head of the hydra of error is cut off. This stroke will make the world and Hell beneath it tremble, but the world will be safe and all the good will rejoice. Keep your consultors always with you, even if only two. Wherever you go, continue and bring to an end the work entrusted to you. The days fly by, your years will reach the destined number; but the great Queen will ever be your help, as in times past, so in the future She will always be the exceeding great fortress of the Church.

"Ah, but you, Italy, land of blessings! Who has steeped you in desolation! Blame not your enemies, but rather your friends. Can you not hear your children asking for the bread of faith and finding only those who smash it to pieces? What shall I do? I shall strike the shepherds, I shall disperse the flock, until those sitting on the throne of Moses search for good pastures and the flock listens attentively and is fed.

"Of the flock and over the shepherds My hand will weigh heavy. Famine, pestilence, and war will be such that mothers will have to cry on account of the blood of their sons and of their martyrs dead in a hostile country.

"And to you, Rome, what will happen! Ungrateful Rome, effeminate Rome, proud Rome! You have reached such a height that you search no further. You admire nothing else in your Sovereign except luxury, forgetting that you and your glory stands upon Golgotha. Now he is old, defenseless, and despoiled; and yet at his word, the word of one who was in bondage, the whole world trembles.

"Rome! To you I will come four times.

"The first time, I shall strike your lands and the inhabitants thereof.

"The second time, I shall bring the massacre and the slaughter even to your very walls. And will you not yet open your eyes?

"I shall come a third time and I shall beat down to the ground your defenses and the defenders, and at the command of the Father, the reign of terror, of dreadful fear, and of desolation shall enter into your city.

"But My wise men have now fled and My law is even now trampled underfoot. Therefore I will make a fourth visit. Woe to you if My law shall still be considered as empty words. There will be deceit and falsehood among both the learned and the ignorant. Your blood and that of your children will wash away your stains upon God's law. War, pestilence and famine are the rods to scourge men's pride and wickedness. O wealthy men, where is your glory now, your estates, your palaces? They are the rubble on the highways and byways.

"And your priests, why have you not run to "cry between the vestibule and the Altar," begging God to end these scourges? Why have you not, with the shield of faith, gone upon the housetops, into the homes, along the highways and byways, into every accessible corner to carry the seed of My word? Know you that this is the terrible two-edged sword that cuts down My enemies and breaks the Anger of God and of men?"

In our own time, the germ ideas of a one-world religion are already being sowed. And this false humanitarian religion will burst into poisonous flower when enough hearts have grown cold and have abandoned the true religion. As Jane Le Royer explained in prophecy: "When the time of the Antichrist is near, a false religion will appear which will be opposed to the unity of God and His Church. This will cause the greatest schism the world has ever known."

The doctrine on the necessary conformity of civil law with the moral law is in continuity with the whole tradition of the Church. This is clear from John XXIII's Encyclical: "Authority is a postulate of the moral order and derives from God. Consequently, laws and decrees enacted in contravention of the moral order, and hence of the divine will, can have no binding force in conscience...; indeed, the passing of such laws undermines the very nature of authority and results in shameful abuse". This is the clear teaching of Saint Thomas Aquinas, who writes that "human law is law inasmuch as it is in conformity with right reason and thus derives from the eternal law. But when a law is contrary to reason, it is called an unjust law; but in this case it ceases to be a law and becomes instead an act of violence". And again: "Every law made by man can be called a law insofar as it derives from the natural law. But if it is somehow opposed to the natural law, then it is not really a law but rather a corruption of the law".

This is not understood by many today.  Including many Catholics.  See here.

The owner of Spirit Digest asserts that the Judge is correct in this situation.