Monsignor Schooyans and the Earth Charter 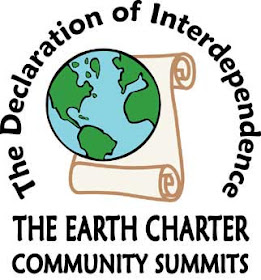 "As can be seen from many recent documents from UN agencies like UNFPA, there is a trend for the 1948 Universal Declaration of Human Rights to be supplanted by documents such as the Earth Charter. Man is considered to be the result of the evolution of matter, and he must agree to submit himself to the Great Whole. This, we are told, is the price to pay for "sustainable development". This view of Mother Earth denies man the central place in the world that was assigned to him in the 1948 Declaration. We must return to this anthropocentrism and this universalism, which was inspired by the Roman, Jewish, and Christian traditions and was brilliantly reaffirmed by the Renaissance, if we wish to save and protect human capital. The quintessential value is man and not the environment. Without men properly prepared to become responsible managers of Nature, Nature itself cannot but deteriorate and man cannot but vanish. This view of man and his relationship with nature necessitates a fully humanistic conception of development. This conception prompts us to revisit current educational, health, and food policies. It also prompts us to reconsider policies relating to women and families."

Speaking about the Earth Charter and related globalism, Msgr. Michel Schooyans said, "In order to consolidate this holistic vision of globalism, certain obstacles have to be smoothed out and instruments put to work. Religions in general, and in the first place the Catholic religion, figure among the obstacles that have to be neutralized."

According to its founders, the Earth Charter is "a declaration of fundamental principles for building a just, sustainable, and peaceful global society in the 21st century." The Earth Charter Commission hopes that the Charter will become the common standard "by which the conduct of all individuals, organizations, businesses, governments, and transnational institutions [such as the Roman Catholic Church, my note] is to be guided and assessed."

The globalists who are behind the Earth Charter seek to promote a New Age religion which will neutralize the supernatural faith of Roman Catholicism. In the words of Archbishop Javier Lozano Barragan, "Clearly, we are faced with the total denial of Christianity."
Paul Anthony Melanson at 12:58 PM
Share