The duty of fostering vocations... 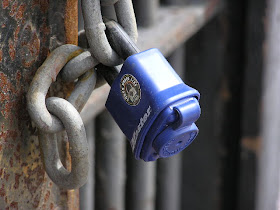 Vatican II's Decree on Priestly Training (Optatam Totius) says that, "The duty of fostering vocations pertains to the whole Christian community, which should exercise it above all by a fully Christian life...All priests especially are to manifest an apostolic zeal in fostering vocations and are to attract the interest of youths to the priesthood by their own life lived in a humble and industrious manner and in a happy spirit as well as by mutual priestly charity and fraternal sharing of labor. Bishops...are to encourage their flock to promote vocations and should be concerned with coordinating all forces in a united effort to this end. As fathers, moreover, they must assist without stint those whom they have judged to be called to the Lord's work." (No. 2).

Unfortunately, this duty is not taken seriously by many within the Church. In fact, many vocations have been sabotaged by dissident priests and religious anxious to exclude those who are deemed "too rigid" or too "pre-Vatican II." Recall Michael S. Rose's book "Goodbye, Good Men." Such was my experience with the La Salette Missionaries. Because of my orthodoxy, I was never even seriously considered as a candidate. In fact, when I expressed concerns over La Salette priests promoting the ordination of women to the ministerial priesthood during a vocation retreat, a La Salette Provincial accused me of "evil." I still have all my correspondence with several La Salette priests, one of whom actually had the grace and kindness to apologize to me for the way the La Salette community treated me.

Because I accept everything which is taught in the Catechism of the Catholic Church and because I defend the teaching authority of the Church's Magisterium, I am treated with nothing but contempt in my own diocese. I am not even permitted to participate in the life of my parish. And I am not alone. As Archbishop Elden Curtis explained in an article entitled "Crisis in Vocations? What Crisis?":


"There is much media hype these days about the present and projected shortage of priests and its effect on the sacramental life of the Church. It is time to pay close attention to the dioceses and religious communities reporting increasing numbers of candidates. There have to be reasons for these increases that bear objective analysis from which some conclusions can be drawn.
I personally think the vocation "crisis" in this country is more artificial and contrived than many people realize. When dioceses and religious communities are unambiguous about ordained priesthood and vowed religious life as the Church defines these calls; when there is strong support for vocations, and a minimum of dissent about the male celibate priesthood and religious life loyal to the magisterium; when bishop, priests, Religious and lay people are united in vocation ministry—then there are documented increases in the numbers of candidates who respond to the call.

It seems to me that the vocation "crisis" is precipitated and continued by people who want to change the Church's agenda, by people who do not support orthodox candidates loyal to the magisterial teaching of the Pope and bishops, and by people who actually discourage viable candidates from seeking priesthood and vowed religious life as the Church defines the ministries.

I am personally aware of certain vocation directors, vocation teams and evaluation boards who turn away candidates who do not support the possibility of ordaining women or who defend the Church's teaching about artificial birth control, or who exhibit a strong piety toward certain devotions, such as the Rosary.

When there is a determined effort to discourage orthodox candidates from priesthood and religious life, then the vocation shortage which results is caused not by a lack of vocations but by deliberate attitudes and policies that deter certain viable candidates.

And the same people who precipitate a decline in vocations by their negative actions call for the ordination of married men and women to replace the vocations they have discouraged. They have a death wish for ordained priesthood and vowed religious life as the Church defines them. They undermine the vocation ministry they are supposed to champion." (Full article here).

It is incredible to me that while Senator Edward Kennedy's life was celebrated during a very public funeral - even though he publically dissented from the Church's teaching regarding the sanctity of life - I am treated with nothing but contempt by those who would exclude me because of my fidelity to the Church's teaching. The Senator was referred to as "Our brother and friend." I cannot even participate in the life of my parish. I am held in so much contempt that when I contacted my Diocese to inquire about the priesthood, I received no response whatsoever.

Maybe if I promoted the killing of the unborn or women's ordination, I too would be welcomed as "brother and friend." That's not going to happen though. For what does it profit a man....you know the rest.
Paul Anthony Melanson at 5:59 AM
Share