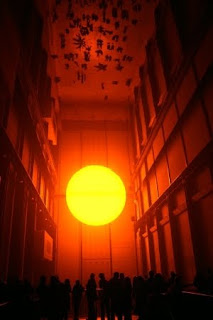 "There is a warning and somber lesson to be learned from the carnage exacted by the modern Moloch state, whether that takes place in the jungle of Jonestown or in the abortion mills of Western cities. The warning is that established forms of Christian religions have lost their hold on and power to attract most people - especially the educated middle class and even the masses of the poor. Why is this so? Because such religions have secularized the Christian message. They teach in favor of the Christ of Karl Marx instead of the Christ of the Gospels. Even so-called Christian universities no longer teach a love of truth nor the skill in attaining, defending and sharing it. They are teaching the American, Molochian gospel of power and wealth. In the consequent metaphysical and spiritual darkness these universities have so diluted revealed truth that their graduates enter the professional world either as bemused agnostics, enraged atheists or 'chicken Catholics.' These malformed Catholics, when they are not attacking and misrepresenting the faith, are unable and unwilling to speak up in its defense, much less suffer and die for it. So too have the Churches adjusted and distorted the original deposit of the faith, the process being rationalized, of course, by the desire to clarify and update the Christian message. But the end product is always the same, a teaching conformed to the spirit of the world which prefers Jesus to be a revolutionary leader, a social reformer. A world, too, which wants God's Church to be a kingdom of this earth, tailoring everlasting truths to the exigencies of man's temporal convenience." (Fr. Vincent P. Miceli, S.J., The Antichrist, p. 250).


Our Lady told Father Gobbi of the Marian Movement of Priests:

"These are the times when the followers of him who opposes himself to Christ are being signed with his mark on the forehead and the hand.

The mark on the forehead and on the hand is an expression of a total dependency on the part of those who are designated by this sign. The sign indicates him who is an enemy of Christ, that is to say, the sign of the Antichrist. And his mark, which is stamped, signifies the complete belonging of the person thus marked to the army of him who is opposed to Christ and who fights against His divine and royal dominion.

The mark is imprinted on the forehead and on the hand. The forehead indicates the intellect, because the mind is the seat of the human reason. The hand expresses human activity, because it is with his hands that man acts and works. Nevertheless it is the person who is marked with the mark of the Antichrist in his intellect and in his will.

He who allows himself to be signed with the mark on his forehead is led to accept the doctrine of the denial of God, of the rejection of His law, and of atheism which, in these times, is more and more diffused and advertised. And thus he is driven to follow the ideologies in mode today and to make use of himself as a propagator of all the errors.

He who allows himself to be signed with the mark on his hand is obliged to act in an autonomous manner and independently of God, ordering his own activities to the quest of a purely material and terrestrial good. Thus he withdraws his action from the design of the Father, who wants to illumine it and sustain it by His divine Providence; from the love of the Son who makes human toil a precious means for one's own redemption and sanctification; from the power of the Spirit who acts everywhere to interiorly renew every creature.

He who is signed with the mark on his hand makes of his own self the center of all his actions, looks upon others as objects to be used and to be exploited for his own advantage and he becomes a victim of unbridled egoism and of lovelessness." (September 8, 1989, Nativity of the Blessed Virgin Mary).

We are now witnessing this unbridled egoism and lovelessness across every segment of our society. Even within the Church, many priests and laity have succumbed to a hedonism which is only interested in the quest for pleasure and which genuflects before the world and its master Satan.

The faithful remnant finds itself being relegated to the margins of society as the new humanitarian religion of Antichrist extends its reach. Churches continue to empty even as sports stadiums are filled to overflowing. Witness the new Dallas Cowboys stadium in Texas which cost 1.12 billion dollars.

Everything is falling into place. People are being marked with either the sign of the Cross or the mark of the Beast. Enter the Man of Sin.
Paul Anthony Melanson at 5:33 AM
Share