Archdiocese of Boston: Catholic Bloggers faithful to the Magisterium causing harm to the community? 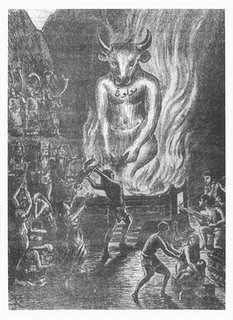 
On November 12, 1988, Our Lady told Father Stefano Gobbi of the Marian Movement of Priests that, "My Adversary often wounds you, making use of good persons and persons whom you have also helped in many ways. Sometimes he makes use of your very own confreres. The times which I have foretold to you have come, when those priests who venerate me, listen to me and follow me are being derided, scorned and opposed by other priests, who are nonetheless sons of my maternal predilection....Prepare yourselves to experience the indescribable suffering of being abandoned by the most trustworthy, mocked by confreres, set aside by superiors, opposed by friends, persecuted by those who have accepted a compromise with the world and who have associated themselves with the secret cohort of Masonry. Do not allow yourselves to be seized with discouragement. These are the times for courage and witness. Your voice must proclaim, in an ever more powerful manner, the word of the Gospel and all the truths of the Catholic faith. You must unmask every error whatsoever, overcome subtle snares, reject every compromise with the spirit of the world and give to all an example of your fidelity to Christ and to His Church...Do not allow yourselves to be seized with fear. The time of your immolation has now come. You will be persecuted. It will even be that those who oppose you, who calumniate you, who despise you, who push you aside and who persecute you will believe that they are doing something pleasing to the Heavenly Father and even to me, your immaculate Mother."

Indeed, Catholic bloggers faithful to the Church's Magisterium now find themselves being calumniated. Mark Leccese, a journalism professor at Emerson College, is referring to such bloggers as "dissidents." In a recent article entitled "An unbalanced story on the Archdiocese of Boston and its dissidents," Mr. Emerson wrote, "..there..exists a sizeable and vocal number of Catholics in Boston and around the world who argue more theologically conservative positions than the Cardinal or the Pope.."

This is simply an embroidered way of suggesting that bloggers who have been exposing error within the Archdiocese of Boston believe themselves to be "more Catholic than the Pope." This is a falsehood. Which is why Mr. Leccese cannot cite one example of where bloggers have advanced "more theologically conservative positions than the Pope." One has only to visit the Blog Bryan Hehir Exposed and to actually read some of the excellent posts to see that each and every post is backed up with the Magisterial teaching of Christ's Church. And readers of this Blog know that I only advance the Church's teaching.

The Archdiocese of Boston has also engaged in dishonesty. Responding to bloggers who have raised a multitude of legitimate and very serious concerns, including the promotion of dissent from Church teaching and various scandals such as the Kennedy funeral and an event honoring Mayor Thomas Menino, who is also pro-abortion and supportive of same-sex "marriage," the Archdiocese said in a statement that, "Cardinal O'Malley and his staff are dedicated to building unity in Christ and Christian community within the Archdiocese. Toward that end, we have reached out to bloggers on numerous occasions to ask them to enter into a professional and Christ-centered conversation with us. We are concerned about the harm caused to individuals and to the community by anonymous and unfounded claims on blogs."

Readers of this blog know full well that when Archdiocesan officials were asked - repeatedly - to cite just one example of a post which is "inaccurate" they lapsed into silence. Harm to individuals and the community? Such harm is a result of dissent from Church teaching, not the defense of the same. It is most significant that Bishop Rene Henry Gracida has been posting articles from Catholic bloggers exposing the leaven of infidelity within the Boston Archdiocese at his wonderful Blog in a series entitled "The Boston Virus."

Does the Archdiocese of Boston consider His Excellency to be advancing "unfounded claims" as well? Would Mr. Leccese consider Bishop Gracida to be a "dissident" as well? And how can the Archdiocese honestly claim to be dedicated to "building unity in Christ" when it is really advancing a false irenicism?

God preserve us from such nonsense!
And so while Mayor Thomas Menino, who supports abortion and same-sex "marriage" has been honored by the Archdiocese of Boston, while Father Bryan Hehir has "respect" for the Democratic National Committee (which also advances these evils), Catholic bloggers who promote and defend the Magisterial teaching of the Church are accused of harming individuals and the community.
Woe to those who call evil good, and good evil.
Related reading: A Catholic priest from the Boston Archdiocese who has ridiculed Cardinal Bertone while opposing clerical celibacy. The Archdiocese of Boston has never accused him of harming community.
Paul Anthony Melanson at 6:33 AM
Share