Deacon Greg Kandra is impressed with Mark Shea's Blog post about Perry Lorenzo, a homosexual man who lived in the Seattle area.  According to Deacon Kandra, "Mark Shea tackled a tough subject with a kind of grace and compassion that couldn't help but leave me impressed."  Here's what Mark Shea wrote:

"One of the people I admire most in the world, who I regard as an inspiration and, very likely, as a saint was a gay guy who lived here in Seattle named Perry Lorenzo. You can get something of a sense of the man from his blog. Dunno if he was celibate or not and, frankly, regard it as none of my business. All I know is that the guy was clearly a man who loved Jesus, loved his Catholic faith, and taught a huge number of people about it, both gay and straight, in a way that was immensely attractive and uplifting for everybody who encountered him. He was also one of the most learned people I have ever met and a profoundly humble man. He was, for many years, the director of education for the Seattle Opera. Had a brilliant knack for speaking the Catholic tradition to the cultured despisers of tradition here in Seattle. His funeral, which he planned himself as he was dying, was one of the most beautiful and Christ-centered liturgies I’ve ever experienced. I wouldn’t be a bit surprised if half the congregation was not Catholic: a testament to his greatness.


Some Catholics (and some of my gay readers) will probably be surprised to hear that I’m not interested in whether or not he was celibate. Not my business. That’s between him and God. (I had a reader write me in some degree of scandal after I posted on his death because he apparently had a partner he lived with. If memory serves, I expressed to my reader a deep lack of interest in that fact since a) Not. My. Business and b) merely living with his partner is not proof of anything anyway, either about his relationship with his partner, nor about his relationship with God.

So do I contradict myself, since it’s not a secret that I agree with the Church that homosexual acts are sinful. I don’t see how. If Perry was an active homosexual, it’s none of my business and certainly not mine to judge. After all, I also agree with the Church that my own acts of gluttony are sinful and even gravely so. But I don’t believe God has abandoned or rejected me and I trust his grace to help me slowly become conformed to Christ, so why should I believe for a second that somebody like Perry, who manifested such abundant and beautiful fruits of the Spirit was not pleasing to God and was not doing his best to strive for God? On the contrary, I regard him as a role model and greatly admire his deep, generous and true faith. I hope he prays for the Church in Seattle and I think he is (not was, God rest his soul) one of the great ornaments of the Church."

Mark Shea's argument that it is none of his [and by extension, none of our) business whether a man who professed to be Catholic was an active homosexual or not is specious.  On the surface it might seem charitable or compassionate to some.  But at its root, it is nonsense.  Although the privacy of a person's home is indeed sacred, it is not absolute.  Granted that the scandal of an evil act [such as a homosexual act] is greatly compounded when it is done in public.  But the same evil act does not become a good act simply because it is performed in private.  Its evil nature remains unchanged.  If a man is sexually abusing children within the privacy of his own home, does Mr. Shea take the attitude that it's none of his business?

Although homosexual acts are graver when they are public or manifest, these acts continue to be "intrinsically evil" when done in private.  This is the teaching of Pope John Paul II in Veritatis Splendor: "If acts are intrinsically evil, a good intention or particular circumstances can diminish their evil, but they cannot remove it.  They remain 'irremediably' evil acts per se and in themselves they are not capable of being ordered to God and to the good of the person" (Veritatis Splendor, No. 81).

When Mr. Shea writes, "If Perry was an active homosexual, it’s none of my business and certainly not mine to judge," again this might appear on the surface to be the Christian attitude.  But, as Dr. Germain Grisez explains, while "Vatican II neatly formulates the prohibition against judging others: 'God alone is the judge and searcher of hearts; for that reason he forbids us to make judgments about the internal guilt of anyone'..This norm..does not preclude judgments necessary for determining that one should try to dissuade others from committing sins or to encourage them to repent if they have sinned...the responsibility, stated precisely, is not to admonish sinners, but to admonish those who seem to be sinning.  To evade this responsibility on the ground that one cannot fulfill it without being judgmental is to rationalize indifference and cowardice, rooted in the inadequacy of love of neighbor." (Citing Gaudium et Spes, No. 28).

Mark Shea is advancing a false idea of compassion.  True compassion, as Thomas Aquinas tells us, is an effect of charity (Summa Theologiae, II-II, q. 25, a. 6, ad 4).  But the object of this virtue is God, whose love extends to creatures (St., II-II, q. 25, a. 3).  Thus the virtue of compassion seeks to bring God to the one who is suffering so that he may participate in God's infinite love.  As Saint Augustine explains, "'Thou shalt love thy neighbor as thyself.'  Now, you love yourself suitably when you love God better than yourself.  What, then, you aim at in yourself you must aim at in your neighbor, namely, that he may love God with a perfect affection." (Of the Morals of the Catholic Church, No. 49).

Obviously, none of us has the right to judge Perry Lorenzo's internal guilt.  For as Gaudium et Spes emphasizes, "God alone is the judge and searcher of hearts."  But for this same reason, none of us has the right to declare Perry Lorenzo a saint.  The fact that Mr. Lorenzo was openly homosexual and was known to have lived with another man is a matter of serious concern not to mention a source of scandal.

I would pray for Mr. Lorenzo's soul.  But to declare him a saint is imprudent. 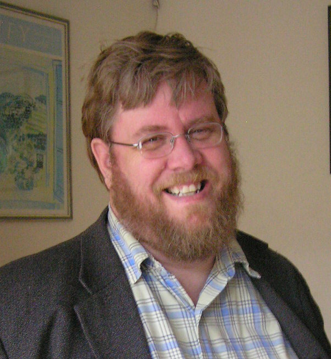