The Open Conspiracy: Religions in general, and in the first place the Catholic religion, must be neutralized

Speaking about the Earth Charter and related globalism, Msgr. Michel Schooyans said, "In order to consolidate this holistic vision of globalism, certain obstacles have to be smoothed out and instruments put to work. Religions in general, and in the first place the Catholic religion, figure among the obstacles that have to be neutralized."  Which certainly explains the HHS contraception mandate - one step in an ongoing process.  And now, President Obama has come out in full support of same-sex "marriage."  The Open Conspiracy is emboldened.  As H.G. Wells, himself a Socialist, had argued, traditional Christianity has been rendered "old-fashioned and unserviceable" [read obsolete] and religion must now "adapt itself" to our modern "forward looking turn of mind."


Enter the Earth Charter.  According to its founders, the Earth Charter is "a declaration of fundamental principles for building a just, sustainable, and peaceful global society in the 21st century." The Earth Charter Commission hopes that the Charter will become the common standard "by which the conduct of all individuals, organizations, businesses, governments, and transnational institutions [such as the Roman Catholic Church, my note] is to be guided and assessed."

The globalists who are behind the Earth Charter seek to promote a New Age religion which will neutralize the supernatural faith of Roman Catholicism. In the words of Archbishop Javier Lozano Barragan, "Clearly, we are faced with the total denial of Christianity." Which is why Mikhael Gorbachev, at the three separate press conferences at the RIO + 5 Conference, said that, "The Ten Commandments are out of date. They will be replaced by the [then] fifteen principles of the Earth Charter.

The Termite Nations have dispensed with God and His Commandments in their quest for unbridled hedonism. We are being prepared for the Reign of Antichrist. The Rev. P. Huchede, in his work entitled "History of Antichrist," explains the religious preparation, both intellectual and moral, for the Reign of Antichrist which will arrive after economic collapse: "But how shall he deprive the world of Christianity and have himself adored as God? Alas, it is only too true that the minds and hearts of men are admirably disposed for revolution and consequently ready to accept and bear the cruel yoke of such a tyrant. Revolution as the word itself implies means a subversion, but a subversion of all that is true, good, beautiful, and grand in the universe. It is the subversion of religion, representing its dogmas as myths and its moral teachings as tyranical. It is the subversion of authority...

Licentiousness under the name of liberty becomes the order of the day; each one is invested with the right to govern himself. It is the subversion of reason: and do we not find leading minds in some of the most enlightened nations denying the principle of contradiction and maintaining the absolute identity of all beings? Revolution is therefore essentially destructive, and it becomes cosmopolitan by the action of secret societies scattered throughout the world. Is it not true to say that the 'mystery of iniquity' is prepared in secret revolutionary dens? But it does not suffice to destroy; it is absolutely necessary to build up again. The world cannot subsist long in a vacuum. It must have a religion; it must have a philosophy; it must have an authority. Revolution will furnish all these. Instead of the reasonable and supernatural religion of Jesus Christ, Revolution will preach Pantheism. The God-humanity will impart the theurgic spirit and thus lead men to adore the demon as the author of universal emancipation...What frightful immorality must follow in the train of this shameless prostitution of religion! Never has the threefold concupiscence made greater ravage among mankind. And this is the religion sought and hoped for as the cherished boon of the aspirations of our modern free thinkers. To our Christian philosophy, the honor of humanity's revolution will substitute a babel of extravagant and absurd ideas. Instead of a mild and efficient authority consecrated alike by Church and state, despotism and anarchy will rise up and contend for the shreds of religious liberty and human policy...if the state of perversion continue for a while longer, he [Antichrist] will find the world prepared to receive and serve him." (Rev. P. Huchede, History of Antichrist, pp. 13-14, Tan Books).

Father Huchede addresses the fact of the open conspiracy: "Is it not true to say that the "mystery of iniquity" is prepared in secret revolutionary dens?"   This is the revolution called for by atheists, socialists, freemasons and all those who hate the Lord Jesus and His Mystical Body which is the Catholic Church.  H.G. Wells described the goal of the Open Conspiracy as, "an adequately implemented Liberal Socialism, which will ultimately supply teaching, coercive and directive public services to the whole world" and added that this, "is the immediate task before all rational people...There must be a common faith and law for mankind" and this will be achieved through a "World-State." 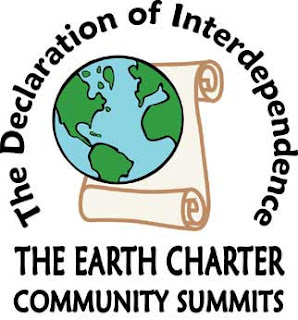