In the emerging satanic New Order, orthodoxy and orthodox Catholics will have to be purged as incompatible with the New Humanitarian Religion.  The purge is already beginning.

Speaking about the Earth Charter and related globalism, Msgr. Michel Schooyans said, "In order to consolidate this holistic vision of globalism, certain obstacles have to be smoothed out and instruments put to work. Religions in general, and in the first place the Catholic religion, figure among the obstacles that have to be neutralized."

According to its founders, the Earth Charter is "a declaration of fundamental principles for building a just, sustainable, and peaceful global society in the 21st century." The Earth Charter Commission hopes that the Charter will become the common standard "by which the conduct of all individuals, organizations, businesses, governments, and transnational institutions [such as the Roman Catholic Church, my note] is to be guided and assessed."

The globalists who are behind the Earth Charter seek to promote a New Age religion which will neutralize the supernatural faith of Roman Catholicism. In the words of Archbishop Javier Lozano Barragan, "Clearly, we are faced with the total denial of Christianity."

In order for the supernatural faith of Roman Catholicism to be purged, the faithful remnant must be marginalized, must be placed in a ghetto.

And when the Man of Sin makes his appearance, hunted down and murdered. 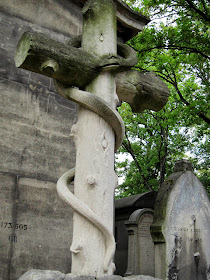