Pope Francis: The Homosexual Disorder is not a concern, only a commitment to Tradition

Pope Francis has admitted that he has "some nerve problems" which require treatment as well as various neuroses. See here. A neuroses is defined as, "A relatively mild mental illness that is not caused by organic disease, involving symptoms of stress such as depression, anxiety, obsessive behavior and hypochondria."

Now, I would never make light of another person's mental illness or disorder.  There but for the grace of God go I as Saint Philip Neri once said.  I have been through exhaustive psychological exams and screenings both for the United States Air Force (to obtain a security clearance above top secret) and for a religious community which determined that I was "too devoted to Magisterial teaching" (whatever that means). In both cases, I was given a clean bill of psychological health and determined to be free of any and all pathologies, neuroses etc.

But I find it alarming that a self-admitted neurotic with "nerve problems" would request religious communities to refuse orthodox candidates on the grounds that such people are mentally ill and " might not be suited for religious life."

What happened to "Who am I to judge?" Oh that's right, that rule only applies to those with a homosexual inclination. Pope Francis has no problem with priests who suffer from the INTRINSICALLY DISORDERED" homosexual inclination, he only has a problem with candidates to the priesthood and religious life who are deemed "rigid" because of their commitment to truth, order and structure.

Frank Walker over at Pewsitter explains:


At the Radical Catholic there's no reason to start glossing over the Pope's naked contempt for the Faithful.  It's not like it's going to stop.

The great Vatican II is the Church in entirety!  Those Catholics who retain beliefs from the prior Church must be branded insane - and this in the Year of Mercy.

Doubling down on Cardinal João Braz de Aviz' warning to religious vocations directors from around the world about the consequences of distancing oneself from the "great lines" of the Second Vatican Council, the following day Pope Francis gave the same group a short list of warning signs that a young person might not be suited for religious life.*

Given the state of the Church, one might be tempted to expect such a list to include, say, active homosexuality, pedophilia, theological and/or pastoral dissent, careerism, inordinate fondness of polyester pantsuits, etc. But I suspect that even considering such things as being potentially harmful to religious vocations is to have already distanced oneself from Vatican II - perhaps irreparably so. No, the real threat to religious vocations is to be found elsewhere: deep in the Freudian Unconscious. Pope Francis explains:

Faithful Catholics, people who are conservative, grounded, Christian; they are unbalanced.  Ask anyone who knows the 'human personality' like a psychologist.  Nothing trendy about psychology, no.  It trumps all.

While insinuating mental imbalance in one who seeks structure is somewhat new - I mention only in passing his description of Christian ideology as a "serious illness" - decrying the threefold evil of 'structures, rules and habits' is an established trope of Pope Francis' personal magisterium. As he wrote in Evangelii Gaudium (§49):

More than by fear of going astray, my hope is that we will be moved by the fear of remaining shut up within structures which give us a false sense of security, within rules which make us harsh judges, within habits which make us feel safe, while at our door people are starving and Jesus does not tire of saying to us: "Give them something to eat."

Again, is there any doubt as to who is meant here? And could the modus operandi of setting up false dichotomies be any clearer?

Why is it that every aspect of the 1970s church, which produced, among other things, the endless sex abuse lawsuits and scandals, has to be replicated today?  How many faithful vocations were subjected to these psychological screening attacks back then?

Personally I find little encouraging in the fact there are about a hundred more ordinations in the U.S. this year.  It's still a miniscule number for a country with over 300 million people.  I know Pope Francis says he's all about quality, but I can't help but thinking they've probably become more lax in at least one key area.  After all, they'd probably have thousands of vocations if they really wanted them, not hundreds.

At his core, the place where there should be Faith and wisdom, doesn't something seem deeply twisted in the mind of Pope Francis?  It's almost a crushing hatred for those who obstruct his goals, a determination to succeed at their expense.  It's the kind of force which drove the Protestant Reformation: a deranged (ideological?) mind at the helm with all the powerful establishment lined up behind him.

I hate to say it, but I don't know what else to call it. 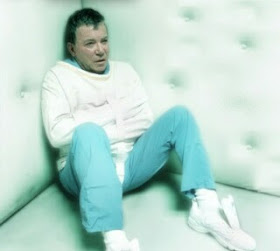