Cardinal Sean O'Malley: It was a privilege and a joy to celebrate Mass under the picture of a devil

"Today we had the privilege and the joy to attend Pope Francis' Mass in Havana in the Plaza de la Revolución under the picture of his fellow Argentine Che Guevara. Hundreds of thousands of people from Cuba, and from beyond, gathered with the Holy Father for this great event."

Privilege and joy to celebrate Holy Mass under the picture of a Socialist terrorist and mass murderer?

Michael Totten explains the bizarre worship of the lunatic Guevara, "Che Guevara has the most effective public relations department on earth. The Argentine guerrilla and modern Cuba’s co-founding father has been fashioned into a hipster icon, a counter-cultural hero, an anti-establishment rebel, and a champion of the poor. As James Callaghan once put it, “A lie can be halfway round the world before the truth has got its boots on.”

The truth about Che now has its boots on. He helped free Cubans from the repressive Batista regime, only to enslave them in a totalitarian police state worst than the last. He was Fidel Castro’s chief executioner, a mass-murderer who in theory could have commanded any number of Latin American death squads, from Peru’s Shining Path on the political left to Guatemala’s White Hand on the right.

“Just as Jacobin Paris had Louis Antoine de Saint-Just,” wrote French historian Pascal Fontaine, “revolutionary Havana had Che Guevara, a Latin American version of Nechaev, the nineteenth century nihilist terrorist who inspired Dostoevsky’s The Devils. As Guevara wrote to a friend in 1957, ‘My ideological training means that I am one of those people who believe that the solution to the world’s problems is to be found behind the Iron Curtain.’…He was a great admirer of the Cultural Revolution [in China]. According to Regis Debray, ‘It was he and not Fidel who in 1960 invented Cuba’s first corrective work camp,’ or what the Americans would call a slave labor camp and the Russians called the gulag.”

This is the devil whose image Cardinal Sean O'Malley found to be a joy and a privilege to worship under.

The cult of demons.  This is preparation for Antichrist. Father Pascal Huchede writes, "...how shall he [Antichrist] deprive the world of Christianity and have himself adored as God? Alas, it is only too true that the minds and hearts of men are admirably disposed for revolution and consequently ready to accept and bear the cruel yoke of such a tyrant..." And then, after noting that men will abandon the reasonable and supernatural religion of Jesus Christ to worship the demon, Fr. Huchede adds, "What frightful immorality (see here) must follow in the train of this shameless prostitution of religion! Never has the threefold concupiscence made greater ravage among mankind. And this is the religion sought and hoped for as the cherished boon of the aspirations of our modern free thinkers." (History of Antichrist, pp. 13-14). 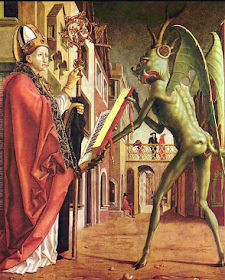 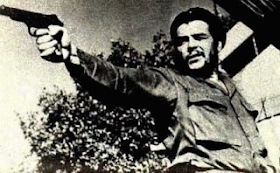