Men are leaving the Catholic Church because it has become feminized...

Some years ago Wintery Knight observed: "On the Biola University site, I found a book review of a new book by David Murrow called “Why Men Hate Going to Church”.


There are generally more women than men in every type of church, in every part of the world, according to church growth experts like Patrick Johnstone, author of Operation World. A traditional explanation is that women are more spiritual than men. But the leaders of this new movement suggest that the church’s music, messages and ministries cater to women.


…In America, among evangelical churches, 57 percent of members are women and, among mainline Protestant churches, 66 percent are women, according to a 1998 book American Evangelicalism (University of Chicago Press).

The problem is that the church has become feminized, and men don’t like that, and so, they leave.
Here’s more:


To describe many women, Murrow lists traits like “relational,” “nurturing” and “peace-making.” He describes many men as “goal-driven,” “competitive” and “adventurous.” These differences show up in the types of movies many women and many men like: romantic vs. adventure films, Murrow said. In sum, women thrive when secure, and men thrive when challenged, he said.

As Christianity became more feminized, it began to focus more on producing emotional satisfaction. But men want something different.
The article goes on to quote one of my favorite Christian writers, Nancy Pearcey, an expert in apologetics and theology.


…many people think of church only as a nurturing place that addresses personal needs, Pearcey said. Think: sitting in circles, sharing feelings, holding hands, singing softly, comforting members. An example of the feminization of the church is its music. Typical praise songs refer to Jesus as a Christian’s lover and praise his beauty and tenderness. Rarely do they praise his justice or strength, or refer to him as the head of an army leading his church into spiritual battle, like “Onward Christian Soldiers.”

All of the outward facing disciplines within Christianity, such as apologetics, theology, ethics, etc. are de-emphasized, censored or resisted in feminized churches. There is no place for rationality, moral judgments and boundaries, debates and disagreement, confrontations and persuasion, or other manly Christian practices.

Christianity is evangelical, and evangelism takes study and preparation, which culminates in confrontations and discussions. The object of these discussions is not to win the argument. It is to win the person over to your side. So facts and arguments play a huge role in  evangelism, but there has to be gentleness too, if you actually want to win. And this is what Christian men are supposed to do. But does the church support it?


Another turn-off for men is touchy-feely sermons. Pearcey said the modern church stresses emotions and inner spiritual experiences while neglecting the intellectual side of the faith.


“The more traditionally masculine side of Christianity enjoys crossing swords with hostile secular worldviews. So, as long as Christianity appeals to the emotional, therapeutic, interpersonal, relational areas, it’s not going to appeal to men as much as to women,” Pearcey said.
Churches should engage men’s intellects to help them see the relevance of Christianity to the “real” world of politics, industry and business, Pearcey said.
“We have to recover the notion that Christianity is true on all levels, not just for your emotional life or repairing relationships, as important as those things are,” she said.

Christian men love apologetics and they also love theology, philosophy, ethics, science and history. We love competition. Anything testable that can be debated! Anything where there is a clear winner and loser.

Many churches emphasize Jesus’ softer teachings, like his love and his desire to save, and they ignore the doctrines of sin and hell, according to Podles. But men dislike liberal Christianity — “a mild religion of progress and enlightenment” as opposed to a battle between good and evil, Podles said.


Men want to expend their lives for a great cause, even if it involves risk, according to Murrow. He said that’s why the U.S. military’s “Army of One” campaign was effective. But American churches rarely teach about Christian suffering and martyrdom, Murrow said. Instead, today’s Christianity is presented as an antidote to these things, he said.

And men thrive on risk, adventure and achievement:


“Men are more attracted to religion if it presented as a quest, an adventure, a heroic exploit,” Pearcey said. “They want something challenging, bracing, demanding.”
To reach men, churches should stress the cost and dangers of following Christ — including Christians’ conflict with the world, the flesh and the devil, according to Podles.
Yet, men should be reminded that the sacrifice won’t always be a “huge, glorious display like William Wallace stepping out on a battlefield,” Erre said. Many times it will be staying in a troubled marriage, raising a handicapped child, or working a hated job to provide for a family, he said.

Many women believe that the purpose of Christianity is to be happy and to make others happy by not discussing controversial things like religion. They do not attach the same importance as men do to the duty to be an informed ambassador for Christ, trained in apologetics, and able to persuade others about God’s existence and character. They do not believe that the Lord’s reputation needs to be defended in public in the same way that men do.

Many women also don’t want to be confronted about their beliefs by informed men, because their beliefs are based more on intuition and emotion. They would rather be accepted and affirmed – and so they favor men who don’t know much about the details of Christianity. So manly Christian skills; theology, apologetics, ethics, philosophy, history, science, etc. are not valued in the feminized church.


Touchy-feely sermons come from touchy-feely pastors. A feminized church tends to attract more “gentle, sensitive, nurturing” leadership,” according to Pearcey.
“If religion is defined primarily in terms of emotional experience and is therapeutic, then who is it going to attract as ministers?” she said.


“He’s really into relationships, very motivating, but is he teaching good apologetics? Is he teaching youth to use their minds and to understand deeper theological truths? At least the ones I’ve known haven’t,” she said. “Today, the common trajectory is for youth pastors to become senior pastors,” she added.

Maybe women should be more sensitive to male needs and character, and more concerned about what the Bible teaches about the the role of apologetics in the Kingdom of God.

The Latin Vulgate (see the Douay-Rheims Bible) indicates that the effeminate will not inherit the Kingdom of God (1 Corinthians 6:10). But the New American Bible, which is used by the USCCB, omits the word effeminate:

Verse 9: "Know you not that the unjust shall not possess the kingdom of God? Do not err: Neither fornicators nor idolaters nor adulterers:

Verse 10: Nor the effeminate nor liers with mankind nor thieves nor covetous nor drunkards nor railers nor extortioners shall possess the kingdom of God.

Verse 9: "Do you not know that the unjust will not inherit the kingdom of God? Do not be deceived; neither fornicators nor idolaters nor adulterers nor boy prostitutes nor sodomites

Verse 10: nor thieves nor the greedy nor drunkards nor slanderers nor robbers will inherit the kingdom of God."

Why do you think this is so?  The Latin Vulgate, which we have obtained from the great St. Jerome, is the most precise translation of the Sacred Scriptures available.  There are many other problems with recent translations of the Scriptures.  But my focus here is on this passage.  Why has the word "effeminate" been dropped from 1 Corinthians 6?

Dr. Leon Podles writes, "Walter Ong, having been formed in a masculine, Jesuit, clerical milieu does not seem to be aware of how feminized Christianity had become even before the 1960s, but he saw a rapid shift in the Catholic Church in the 1960s toward even greater feminization...The contrasts of Christianity, grace and sin, life and death, have been toned down with a considerable loss of emotional power.  Without this power, the popular appeal of the liturgy has declined (even with a more accessible language) and church attendance has plummeted...Even the change from Latin to the vernacular was also a symptom of feminization, according to Ong.  Latin had been a means of maintaining a Latin culture in the Roman Catholic clergy.  A language restricted to men is common; it is a sign of masculine separation from the feminine world.  After it became a learned language, Latin was learned almost exclusively by men.  The system of education that used Latin and centered around Latin literature was centered around contest and disputation and was confined almost entirely to men.  The disappearance of Latin was part of the demasculinization of the clergy.." (The Church Impotent: The Feminization of Christianity, pp. 133-135).

The Cult of Softness has made such inroads that it has crippled the inner life of the Church.  Liturgy has been feminized  And now, the Sacred Scriptures (the very Word of God) must be rewritten so as not to offend more "civilized" and "refined" tastes; so as not to offend "modern man."  The Christian faith must be replaced by a self-worship which cloaks itself in language which purports to be Christian but which nevertheless remains a language which has been watered down to make it more acceptable to modernity.

Dr. Podles cites a study by Lewis M. Terman and Catherine Cox Miles, which included a Masculinity-Femininity test, writing, "Terman and Miles gathered data from three groups: Catholic seminarians, Protestant seminarians, and Protestant ministers.  As one might expect, men attracted to the religious life differed strikingly in their masculinity from the general male population: 'The Catholic student priests score at a point far less masculine than any other male group of their age; in their early twenties they are more feminine than the general male population at middle life.  The Protestant theological students in their middle twenties are, however, more feminine than they and exceed in femininity the sixty-year-old man of equal education.  The adult ministerial group is barely more masculine than the Protestant theological students and less so than the student priests.  They exceed in femininity the college men of the seventh decade.'  Terman and Miles concluded that 'some dominant factors must be present in all three groups to make them, without regard to age, conspicuously and almost equally lacking in mental masculinity.'  Interestingly enough, the similarities between the Protestant and Catholic groups and the Catholic group's slightly higher scores ruled out celibacy as a major factor in a lack of masculinity..." (P. 9).

Effeminacy (and here we are not necessarily speaking of homosexuality), has become the forgotten vice in seminary formation.  This as many masculine men continue to be excluded from pursuing priestly vocations and masculinity itself is banished to the margins of the Church.
As a military veteran, I continue to witness firsthand the effects of the feminized Church.  I have volunteered but am unwelcome because of my masculinity.  Like so many other men, I have been marginalized.  I am unwelcome.  The "pastor" cannot even look at me because he has such disdain for me.  He has nothing but contempt for everything I stand for.  Because I engage in apologetics and fight to promote traditional Catholic teaching, I am viewed with suspicion.

Several parishioners have actually approached me to say that they enjoy my voice (and particularly my rendition of the Salve Regina in Latin) and to tell me that I should be in the choir.  They seem puzzled that I am not already in the choir.  But it's no mystery.  See here. 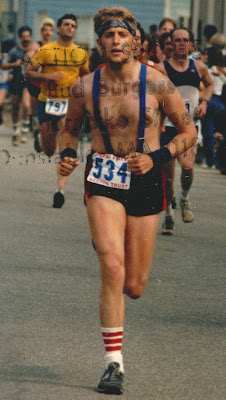 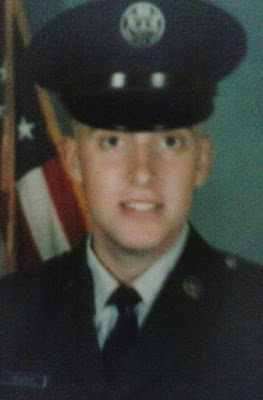