Collette Power: Can't we all just get along?


Collette Power, in an article which may be found here, and which is obviously aimed at Catholic bloggers who expose the corruption within the Church, writes: "Over recent years, I have grown more and more discontented with the way the Catholic social media scene has developed in the UK, and I wonder just how detrimental this development is to unity within the Church and to our engagement with society.

My discontent echoes something Fr. Thomas Rosica* of Canada’s Salt + Light TV said in a recent address: “We Catholics have turned the internet into a cesspool of hatred, venom and vitriol, all in the name of defending the faith.” A senior Church official spoke to me last year about the nature of the blogosphere, commenting on the spirit driving various media platforms. He made this point: If something divides the Church, tearing people down in the process, then how can you claim it is from the Holy Spirit? It is not.

I struggle to grapple with this culture that has somehow seeped into Catholic communications. After a particularly nasty incident involving a young priest who took an internet beating last year, two young bloggers contacted me independently, asking what we can do to end this divisiveness in our Church, for relentless negativity is counterproductive to our mission in an already hostile environment, and it doesn’t exactly model community or communion.

Is social media the best place to thrash out our issues and concerns?

It is when the hierarchy refuse to listen to the concerns of the People of God.  As one who spent years writing charitably worded letters of concern to various priests and Bishops, only to be ignored, I can testify to the indifference or outright hostility of certain clerics who refused constructive criticism.

In her own day, St. Catherine of Sienna found much corruption within the Holy Church. Homosexuality and many other deeply rooted problems were found among the clergy and Our Lord spoke to this Doctor of the Church about these problems (pride, loss of sacred identity, loss of faith, worldliness, and sensuality). These conversations were laid out in St. Catherine's book entitled "Dialogue," and most especially in that portion of the book labelled "The Mystical Body of Holy Church."
While St. Catherine cautions her readers not to engage in blanket condemnations aimed at the clergy in general (using scandals as an excuse to denigrate priests in general), and refers to such people as "irreverent persecutors" of the clergy, still, she was told by Our Lord that those who will not receive correction and those who will not give it are like the limbs of a body beginning to rot.
Throughout the Church's long history, God has used the laity - the People of God - to keep clerics on the straight and narrow path through constructive criticism. During his long and important pontificate, Pope John Paul II of happy memory regularly reminded the Church of this fact and often spoke of the right of the laity to engage in such constructive criticism.

The fact that the Church allows (and even encourages) constructive criticism is easily proven. The Code of Canon Law (specifically Canon 212) states that:

"The Christian faithful are free to make known to the pastors of the Church their needs, especially spiritual ones, and their desires. According to the knowledge, competence, and prestige which they possess, they have the right and even at time the duty to manifest to the sacred pastors their opinion on matters which pertain to the good of the Church and to make their opinion known to the rest of the Christian faithful, without prejudice to the integrity of faith and morals, with reverence toward their pastors, and attentive to common advantage and the dignity of persons."
Very often, disobedient clerics and the lay people who support them, will accuse Catholics faithful to the Magisterium of engaging in harsh rhetoric or hateful polemic or "negativity."  And this in a cheap attempt to shut down the conversation and efforts to offer sound correction.  A classic example of this dishonest tactic may be found here.

Our Lord wept over Jerusalem and said, "If only you knew what makes for peace" (Lk 19:42). And now we do know (those of us who are Christian in more than name). Only a life lived in conformity with the mind of Christ as shown to us by His Catholic Church can bring true peace. By contrast, "Pride inflates man; envy consumes him; avarice makes him restless; anger rekindles his passions; gluttony makes him ill; comfort destroys him; lies imprison him; murder defiles him...the very pleasures of sin become the instruments of punishment in the hands of God." (Pope Innocent III, On the Misery of the Human Condition).

It is our duty as Catholics to remind others of these truths and to expose those who are promoting sin or error. But often we will find ourselves being criticized (even by other Catholics, whose commitment toward Catholic teaching is, at best, questionable) for doing so. This should never deter us. When such people accuse us of "negativity," [or even as "threatening peace and order"], we should recall the words of Dr. Dietrich von Hildebrand: "..the rejection of evil and of sin is a response which is purely positive and morally called for, and it possesses a high moral value. One cannot truly love God, without hating the devil. One cannot really love the truth, without hating error. One cannot find the truth and grasp it clearly as such, without seeing through errors. Knowledge of truth is inseparably linked with knowledge of error, with the unmasking of error.* All talk about the superiority of 'yes' over 'no,' about the 'negativity' of rejecting that which should be rejected, is so much idle chatter." (The Cult of the 'Positive').
Indeed, as John Cardinal Newman said in his Grammar of Assent, "I would maintain that fear of error is simply necessary to the genuine love of truth." In his Introduction to the Devout Life, that precious and popular work, St. Francis de Sales, a Doctor of the Church, says that, "If the declared enemies of God and of the Church ought to be blamed and censured with all possible vigor, charity obliges us to cry wolf when the wolf slips into the midst of the flock and in every way and place we may meet him."
Pope John XXIII said essentially the same thing: "...as long as we are journeying in exile over this earth, our peace and happiness will be imperfect. For such peace is not completely untroubled and serene; it is active, not calm and motionless. In short, this is a peace that is ever at war. It wars with every sort of error, including that which falsely wears the face of truth; it struggles against the enticements of vice, against those enemies of the soul, of whatever description, who can weaken, blemish, or destroy our innocence or Catholic faith." (Ad Petri Cathedram No. 93).

Pope Paul VI, in his Apostolic Exhortation Recurrens Mensis October (The recurrence of the month of October), 1969, said that, "Undoubtedly, peace is the concern of men and a good common to all.  As such, it must be the constant care of everyone...Despite much good will, there are many interests in opposition; much selfishness is shown; many antagonisms increase; many rivalries conflict with one another.  Who does not see, then, the unflagging action demanded from each and all in order that love may triumph over discord and that peace may be restored to the city of men?"

There is no peace without God.  And no peace without prayer.  Which is why there is no peace among men.  Most men do not pray - even many of those who give lip service to prayer.  Pope Paul VI continues, "..peace is also the concern of God.  He has placed in our hearts the ardent desire for peace.  He urges us to work toward it, each doing his share, and for that purpose He sustains our feeble energies and our vacillating wills.  He alone can give us a peaceful soul, and confirm in depth and solidity our efforts for peace.  Prayer, by which we ask for the gift of peace, is therefore an irreplaceable contribution to the establishment of peace.  It is through Christ, in whom all grace is given us, that we dispose ourselves to welcome the gift of peace.  And in that undertaking, how can we do otherwise than to depend lovingly upon the incomparable intercession of Mary, His Mother, of whom the Gospel tells us that she 'found favor with God'?"

A call to false irenicism is not the answer.  Sticking our heads in the sand of denial and pretending "all is well" is not the answer.  Selfishness and self-will, obstacles to authentic peace, are overcome only through constant prayer.  As Pope Benedict XVI explained back in 2009: "Conflict and lack of reconciliation in the world stem from the fact that we are locked into our own interests and opinions, into our own little private world. Selfishness, both individual and collective, makes us prisoners of our interests and our desires that stand against the truth and separate us from one another. Awake, the Gospel tells us. Step outside, so as to enter the great communal truth, the communion of the one God. To awake, then, means to develop a receptivity for God: for the silent promptings with which he chooses to guide us; for the many indications of his presence..." (Christmas homily 2009).

Collette Power would do well to remember this. 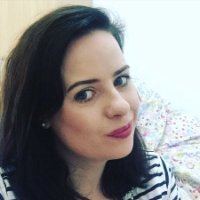 *  Father Rosica as an example of polemical charity?  See here.