Voice of the Family reports:

"The circumstances surrounding the resignation of the Grand Master of the Sovereign Military Order of Malta, and the appointment of a “papal delegate” to assist in the “renewal” of the order, raises further questions about the extent to which Pope Francis assents to the teaching of the Catholic Church on questions of sexual ethics. In this article we will revisit previous concerns regarding Pope Francis’s position on contraception, in the light of recent events.

At the heart of the crisis in the Order of Malta is the distribution of contraceptives and abortifacient drugs, over a number of years, by Malteser International (MI), the humanitarian arm of the order. Edward Pentin has provided details of MI’s programmes in his comprehensive article on the subject. An investigation by the Lepanto Institute provides further information about MI’s work promoting  condoms and abortifacient drugs worldwide. Amongst their findings the following facts stand out:

MI distributed 52, 190 condoms in Burma (Myanmar) in 2005 and 59,675 in 2006.
A World Health Organisation report from 2006, entitled Reproductive Health Stakeholder Analysis in Myanmar 2006 includes “family planning” among MI’s “areas of expertise”, “contraception” amongst its “activities” and “birth spacing” amongst its “future plans”. The report also reveals that MI provided oral contraceptives to 2,500 women in one Burmese township.
In 2007 MI received a four year grant of $1.7 million from the Three Disease Fund, for whom they distributed over 300,000 condoms in Burma.
In 2012 MI entered a partnership with Save the Children to carry out a joint project, for which they received $2.1 million from the Global Fund, to distribute yet more condoms in Burma during the period from 2013-2016.
Malteser International was headed throughout this period by Albrecht Freiherr von Boeselager. An internal investigation by the Order of Malta found that von Boeselager was ultimately responsible for the programmes that involved the distribution of condoms and abortifacient drugs.  His role at MI was one of the major factors that resulted in his dismissal from the role of Grand Chancellor by the Grand Master, Fra Matthew Festing, on 6 December 2016, after he twice refused to resign. Von Boeselager appealed to the Vatican. A commission was appointed to investigate his dismissal. Edward Pentin has provided extensive, and disturbing information, about the make-up of this commission, which seems to have consisted largely of von Boeselager’s friends and associates. The Sovereign Military Order of Malta, which is a sovereign entity, refused to accept the legitimacy of this interference into their internal affairs.

On 24 January 2017 Fra Matthew Festing was asked to resign by Pope Francis and acceded to this request. The following day Pietro Cardinal Parolin, Vatican Secretary of State, stated that Pope Francis was declaring null and void all Fra Festing’s acts since 6 December, thus nullifying the dismissal of von Boeselager. Fra Festing’s resignation was accepted by the Sovereign Council of the Order of Malta on 28 January and it was announced that von Boeselager was restored to his position as Grand Chancellor of the order.

In short, Pope Francis has restored to office a man ultimately responsible for the distribution of condoms and abortifacient drugs, while removing from the office the man who tried to ensure that Malteser International remained faithful to Catholic teaching."

Readers of this Blog know that The Guardian reported last year that, "In a departure from...Catholic teaching, Pope Francis suggests women exposed to the Zika virus could use artificial contraception.."

"Speaking to reporters on the papal plane as he returned to Rome after a visit to Mexico, Francis obliquely suggested that artificial contraception could be used in extreme situations to avoid pregnancy.

Unlike abortion, 'avoiding pregnancy is not an absolute evil' and in certain circumstances it maybe 'the lesser evil.'"

In the words of Fr. Hardon, "The grave sinfulness of contraception is taught infallibly by the Church's ordinary universal teaching authority [Magisterium]."

It is important for Catholics to understand [and to acknowledge] that the Magisterium can and does teach infallibly on matters of faith and morals in the ordinary day-to-day execution of its pastoral mission provided that some very specific conditions are fulfilled. The Dogmatic Constitution on the Church [Lumen Gentium] of the Second Vatican Council clearly described these conditions:

"Although the Bishops, taken individually, do not enjoy the privilege of infallibility, they do, however, proclaim the doctrine of Christ infallibly on the following conditions: namely, when, even though dispersed throughout the entire world but preserving for all that amongst themselves and with Peter's successor the bond of communion, in their authoritative teaching concerning matters of faith or morals, they are in agreement that a particular teaching is to be held definitively and absolutely." (LG, No. 25).

And what the Fathers of Vatican II add to this passage is also of critical importance:

"This is still more clearly the case when, assembled in an ecumenical council, they are, for the universal Church, teachers of and judges in matters of faith and morals, whose judgments must be adhered to with the loyal and obedient assent of faith."

And what do the Vatican II Fathers have to say about artificial contraception? In Gaudium et Spes, No. 51, we read:

"...when there is question of harmonizing conjugal love with the responsible transmission of life, the moral aspects of any procedure does not depend solely on sincere intentions or on an evaluation of motives, but must be determined by objective standards. These, based on the nature of the human person and his acts, preserve the full sense of mutual self-giving and human procreation in the context of true love. Such a goal cannot be achieved unless the virtue of conjugal chastity is sincerely practiced. Relying on these principles, sons of the Church may not undertake methods of birth control which are found blameworthy by the teaching authority of the Church in its unfolding of the divine law. "

Pope Francis has directly contradicted the infallible teaching of Pope Paul VI in his Encyclical Letter Humanae Vitae, No. 14:

"Similarly excluded is every action which, either in anticipation of the conjugal act, or in its accomplishment, or in the development of its natural consequences, proposes, whether as an end or as a means, to render procreation impossible.

To justify conjugal acts made intentionally infecund, one cannot invoke as valid reasons the lesser evil, or the fact that such acts would constitute a whole together with the fecund acts already performed or to follow later, and hence would share in one and the same moral goodness. In truth, if it is sometimes licit to tolerate a lesser evil in order to avoid a greater evil or to promote a greater good, it is not licit, even for the gravest reasons, to do evil so that good may follow therefrom; that is, to make into the object of a positive act of the will something which is intrinsically disorder, and hence unworthy of the human person, even when the intention is to safeguard or promote individual, family or social well-being. Consequently it is an error to think that a conjugal act which is deliberately made infecund and so is intrinsically dishonest could be made honest and right by the ensemble of a fecund conjugal life."

The Vatican has become infested with the demonic.  Don Bosco's prophecy is being fulfilled before our very eyes. 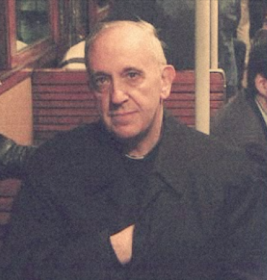 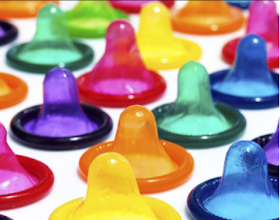