"I vow to change nothing of the received Tradition..."

Papal Coronation Oath, to be taken by all Roman pontiffs, showing that no
Roman pontiff has the authority to contradict the Deposit of Faith, or to
change or innovate upon what has been handed by to him by Sacred Tradition
and his predecessors:

"I vow to change nothing of the received Tradition, and nothing
thereof I have found before me guarded by my God-pleasing predecessors,
to encroach upon, to alter, or to permit any innovation therein;

"To the contrary:  with glowing affection as her truly faithful
student and successor, to safeguard reverently the passed-on good, with my
whole strength and utmost effort;

"To cleanse all that is in contradiction to the canonical order,
should such appear;

"To guard the Holy Canons and Decrees of our Popes as if they were
the Divine ordinances of Heaven, because I am conscious of Thee, whose place
I take through the Grace of God, whose Vicarship I possess with Thy support,
being subject to the severest accounting before Thy Divine Tribunal over all
that I shall confess;

"I swear to God Almighty and the Savior Jesus Christ that I will
keep whatever has been revealed through Christ and His Successors and
whatever the first councils and my predecessors have defined and
declared.

"I will keep without sacrifice to itself the discipline
and the rite of the Church.  I will put outside the Church whoever
dares to go against this oath, may it be somebody else or I.

"If I should undertake to act in anything of contrary sense, or
should permit that it will be executed, Thou willst not be merciful to me on
the dreadful Day of Divine Justice.

"Accordingly, without exclusion, We subject to severest
excommunication anyone -- be it ourselves or be it another -- who would dare
to undertake anything new in contradiction to this constituted evangelic
Tradition and the purity of the Orthodox Faith and the Christian Religion,
or
would seek to change anything by his opposing efforts, or would agree with
those who undertake such a blasphemous venture."  (Liber Diurnus Romanorum
Pontificum, Patrologia Latina
1005, S. 54)

Sacred tradition and Sacred Scripture form one sacred deposit of the word of God, committed to the Church. Holding fast to this deposit the entire holy people united with their shepherds remain always steadfast in the teaching of the Apostles, in the common life, in the breaking of the bread and in prayers (see Acts 2, 42, Greek text), so that holding to, practicing and professing the heritage of the faith, it becomes on the part of the bishops and faithful a single common effort.

But the task of authentically interpreting the word of God, whether written or handed on, has been entrusted exclusively to the living teaching office of the Church,  whose authority is exercised in the name of Jesus Christ. This teaching office is not above the word of God, but serves it, teaching only what has been handed on, listening to it devoutly, guarding it scrupulously and explaining it faithfully in accord with a divine commission and with the help of the Holy Spirit, it draws from this one deposit of faith everything which it presents for belief as divinely revealed. 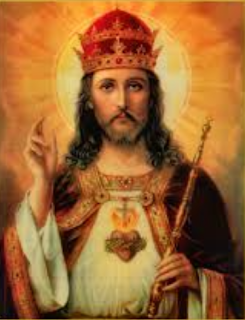