Falling headlong into the destruction they have voluntarily chosen

In his Encyclical Letter Annum Sacrum, No. 10, Pope Leo XIII warned that, "In these latter times especially, a policy has been followed which has resulted in a sort of wall being raised between the Church and civil society. In the constitution and administration of States the authority of sacred and divine law is utterly disregarded, with a view to the exclusion of religion from having any constant part in public life. This policy almost tends to the removal of the Christian faith from our midst, and, if that were possible, of the banishment of God Himself from the earth. When men's minds are raised to such a height of insolent pride, what wonder is it that the greater part of the human race should have fallen into such disquiet of mind and be buffeted by waves so rough that no one is suffered to be free from anxiety and peril? When religion is once discarded it follows of necessity that the surest foundations of the public welfare must give way, whilst God, to inflict on His enemies the punishment they so richly deserve, has left them the prey of their own evil desires, so that they give themselves up to their passions and finally wear themselves out by excess of liberty."

This punishment, this chastisement, is in evidence everywhere in our latter times.  We have forgotten that when moral liberty is detached from Natural and Divine Law, it degenerates into license. Pope Leo XIII reminds us in his Encyclical Letter Libertas Humana that, "Liberty, the highest of natural endowments, being the portion only of intellectual or rational natures, confers on man this dignity - that he is 'in the hand of his counsel' and has power over his actions. Yet he is free also to turn aside to all other things; and, in pursuing the empty semblance of good, to disturb rightful order and to fall headlong into the destruction which he has voluntarily chosen... 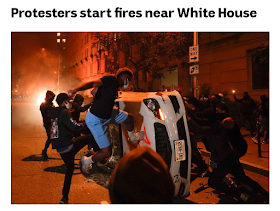 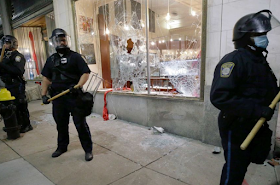 Pope Leo XIII reminds us that how our dignity is exercised, "is of the greatest moment, inasmuch as on the use that is made of liberty the highest good and the greatest evil alike depend. Man, indeed, is free to obey his reason, to seek moral good, and to strive unswervingly after his last end.

Therefore, the nature of human liberty, however it be considered, whether in individuals or in society, whether in those who command or in those who obey, supposes the necessity of obedience to some supreme and eternal law, which is no other than the authority of God, commanding good and forbidding evil. And, so far from this most just authority of God over men diminishing, or even destroying their liberty, it protects and perfects it, for the real perfection of all creatures is found in the prosecution and attainment of their respective ends, but the supreme end to which human liberty must aspire is God."

Americans who have succumbed to license, to their own base desires, have fashioned a Chastisement with their own hands.  That Chastisement is a dictatorship of relativism which Pope Benedict XVI warned of.  We are witnessing its fruits.
Paul Anthony Melanson at 2:57 AM
Share