So, "Big Papi" supports the radical homosexual agenda with its belief that persons of the same sex are free to marry since they're "born that way." This in opposition to Catholic moral teaching.

But Father Peter Naranjo, Parish Administrator of Saint Mary's Parish in Orange, Massachusetts, still believes that "Big Papi," who is known for frequently using obscene language, even before children, is a "good Catholic" and a "hero." He said so at Holy Mass this morning. It was Ortiz who, on April 20, 2013, during a passionate pre-game speech dedicated to the victims of the Boston Marathon bombing, said, "This is our fucking city."

With all the Saints, holy men and women of Church history, whom Fr. Naranjo could have held up as an example of authentic heroism, he chose a foul-mouthed arrogant individual who sets himself in opposition to Christ and His Church.

Father Naranjo stated that David Ortiz is a "good Catholic."

But the Patron Saint of Parish Priests would give him an argument. This is what he had to say about such language.


THE SEWER OF HELL

"There is yet another form of wrongdoing which is all the more deplorable in that it is more common, and that is licentious talk. There is nothing more abominable, my dear brethren, nothing more horrible than such talk. Indeed, my children, what could be more out of keeping with the holiness of our religion than impure language? It outrages God, it scandalises our neighbour. To put it even more clearly, loose talk releases all the passions. Very often it requires only one immodest or unseemly word to start a thousand evil thoughts, a thousand shameful desires, perhaps even to cause a fall into an infinite number of other sins and to bring to innocent souls evil of which they had been happily ignorant.

Can the Christian really afford to occupy his mind with such horrible images, a Christian who is the temple of the Holy Ghost, a Christian who has been sanctified by contact with the most adorable Body and precious Blood of Jesus Christ? Oh, Lord, if we had but some small idea of what we do when we commit sin! If our Lord has taught us that we may judge the tree by its fruit, you may judge after listening to the talk of certain people what must be the corruption of their hearts; and yet such corruption is very commonly encountered.

What sort of conversation do you hear among young people?

Is there anything in their mouths but this kind of loose talk?

Go -- I dare to say it with St. John Chrysostom -- go into these cabarets, into these haunts of impurity! What does the conversation turn upon, even among elderly people? Are they not trying to make a name for themselves by seeing who can be the most outrageous? Their mouths are like some sewer that Hell makes use of to spew its filth and its impurities over the earth and drag souls down to its depths. What are these bad Christians -- or rather these envoys from the nether regions -- doing?

Instead of singing the praises of God, their songs are shameful and hideous; they are songs which ought to make a Christian die of horror. Oh, great God, who would not tremble at the thought of what God's judgment of all this will be! If, as Jesus Christ Himself tells us, not a single idle word will be unpunished, alas! What will be the punishment for these licentious conversations, these indecent topics, these shameful and horrible images, which make the hair stand on end? If you would imagine how blind these poor unhappy people are, just listen to them talking after this fashion: "I had no bad intention," they will tell you, "it was just for a laugh; these things are only trifles, little stupid things, that mean nothing at all."

Is that so, my dear brethren? A sin so horrible in God's eyes that sacrilege alone surpasses it in evil! This is a trifle to you?

No, it is your hearts which are destroyed and corrupted! No! No! No one can afford to laugh or joke about something from which we should fly in horror, as we would from some pursuing beast which wanted to devour us. Besides, my dear brethren, what a crime it is to like something which God wants us to detest with all our hearts! You may tell me that you had no bad intentions, but tell me this, too, miserable and wretched tool of Hell, what about those who are listening to you -- do they have less bad thoughts and criminal desires after they have heard you? Will your harmless intention stay the workings of their imaginations and their hearts? Be honest and tell me that you are, in fact, the cause of the loss and eternal damnation of their souls! How many souls are hurled into Hell because of this sin?

The Holy Ghost tells us that this ugly sin of impurity has covered the whole surface of the earth.

I will say no more now on this subject, my children. I will return to it in an instruction when I shall do my best to depict it for you again with even more horror." 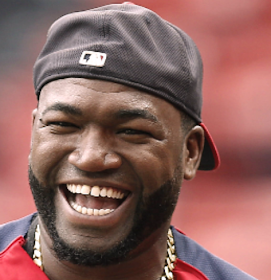