Honoring the demon in London

In London, a statue has been erected honoring a demon.  See here.

Carlo Climati, Press Director of the Regina Apostolorum Pontifical University in Rome told the Catholic News Agency (CNA) a few years back that a society dominated by moral relativism "fosters the spread of Satanism" and that Satanism, in turn, "destroys those universal values that are written in the hearts of each human being" and creates "a society that is turned on its head, in which good becomes evil and evil becomes good."

In his book Communism and the Conscience of the West, Archbishop Fulton John Sheen warned that, "He [Satan] will set up a counterchurch which will be the ape of the Church, because he, the Devil, is the ape of God. It will have all the notes and characteristics of the Church, but in reverse and emptied of its divine content. It will be a mystical body of the Antichrist that will in all externals resemble the Mystical Body of Christ...Then will be verified a paradox - the very objections with which men in the last century rejected the Church will be the reasons why they will now accept the counterchurch." (pp. 24-25).

And that time is now. New Age philosophies are spreading throughout the Church. Homosexuality and lesbianism are celebrated. Even in some Catholic parishes. Intoxicated with their own knowledge and learning, those who have succumbed to friendship with the world tell us that we must leave behind the "old complexes" and reject 'backward thinking' so that we may evolve into more "civilized" beings who may then build an earthly paradise. These misguided souls are not interested in knowledge for the sake of truth, but for power and possession.

A society that is turned on its head.  A society in which good becomes evil and evil becomes good.  Have we not already arrived at such a society?  Abortion, the killing of innocents, is extolled as a good.  Homosexuality, a sin which cries to Heaven for vengeance, is called "gay," merely an "alternative lifestyle."  Catholics who stand with the Magisterium are deemed to be harmful to the community while those who dissent from Church teaching are praised and given top posts within the Church.

The words of Isaiah condemn our sin-sick society: 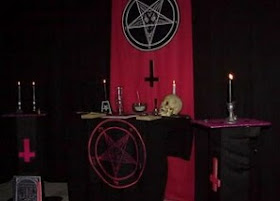