The Hollywood Reporter notes that:

 "The pontiff has shortlisted Hollywood heavy-hitters for a special meeting at the Vatican this fall. The topic? Improving the church's portrayal in Western entertainment.

Sources say the William Morris Endeavor superagent and his co-CEO Patrick Whitesell are on a shortlist of media players whom reps for Pope Francis have approached for a special meeting at the Vatican this fall.

The pontiff apparently is interested in discussing how the church is perceived by Western media influencers and ways to improve its portrayal in entertainment. The Vatican, which is said to be working with the nonprofit Varkey Foundation, came up with a list of Hollywood players to invite to a summit of sorts. Film and television producer Brian Grazer, OWN mogul Oprah Winfrey, actor Matt Damon and semiretired supermogul David Geffen also scored invites, according to sources."

If I were still trying to please people, I would not be a slave of Christ.  How quickly some forget these words.

It was John Henry Cardinal Newman who wrote, "What is Satan's device in this day?...He has taken the brighter side of the Gospel - its tidings of comfort, its precepts of love; all darker, deeper views of man's condition and prospects being comparitively forgotten. This is the religion natural to a civilized age, and well has Satan dressed and completed it into an idol of the Truth...Religion is pleasant and easy; benevolence is the chief virtue; intolerance, bigotry, excess of zeal, are the first of sins." (Parochial and Plain Sermons, vol. 1, sermon 24).

Dr. von Hildebrand notes how, "burning zeal for the truth, for God, for Christ and His holy Church, is looked on as fanatical, intolerant, and incompatible with charity. Of this burning holy zeal, which every true Christian necessarily possesses, Newman says: 'Now I fear we lack altogether....firmness, manliness, godly severity. We are ever-tender in dealing with sin and sinners. We are deficient in the jealous custody of the revealed Truths which Christ has left us. We allow men to speak against the Church, its ordinances, or its teaching, without remonstrating with them. We do not separate from heretics, nay, we object to the word as if uncharitable....' In the saints we find..union of burning zeal and triumphant love of neighbor - one has only to think of the Apostles, of St. Peter, St. Paul, St. John, or of St. Athanasius, St. Augustine, St. Francis de Sales, St. Catherine of Siena, St. Teresa of Avila, and countless others....But today we find a twofold evil: harmlessness and loss of holy fear, as well as loss of burning zeal for supernatural things..."

We congratulate ourselves on how "civilized" we've become. How tolerant. But we forget that lukewarness is the Devil in disguise. Do we hate sin and error? If not, then we do not really love God. Our love of God is a sham, a counterfeit, a fraud. It is not without reason that God will say to the lukewarm: "I know your works; I know that you are neither cold nor hot. I wish you were either cold or hot. So, because you are lukewarm, neither hot nor cold, I will vomit you out of my mouth." (Revelation 3: 16).

Which will we embrace: a harmless religion which makes no demands (a natural religion which prepares the way for the Man of Sin) or a supernatural faith which unites burning zeal for truth with love of neighbor? Do we even understand what charity consists of? If not, we should reflect very carefully on 1822 of the Catechism of the Catholic Church.
 
Natural religion, harmless religion, is the religion of Antichrist. This is the seduction of our time: we are overwhelmed by a culture which exhorts us to be "reasonable." To be "tolerant." But, as Pope Benedict XVI writes (in his book Jesus of Nazareth): "If we had to choose today, would Jesus of Nazareth, the son of Mary, the son of the Father, have a chance? Do we really know Jesus at all? Do we understand him? Do we not perhaps have to make an effort, today as always, to get to know him all over again? The tempter is not so crude as to suggest to us directly that we should worship the devil. He merely suggests that we opt for the reasonable decision, that we choose to give priority to a planned and thoroughly organized world, where God may have his place as a private concern but must not interfere in our essential purposes..." (p. 41).

"Be reasonable," our culture says: "Don't rock the boat, what do you care if a woman wants to have an abortion? After all, that's her affair. You should stop being so fanatical and intolerant. You believe life is sacred? Good, but keep your beliefs in your Church." And: "Why shouldn't people of the same sex be married? Stop denying them their civil rights. You are being judgmental. After all, God is love.

Today, harmless religion is expected to conform to the world, to the standards of the world.  For those who advance such a humanitarian religion, slick advertisement campaigns are necessary to make harmless religion acceptable to the masses. Pleasing people takes precedence over serving Christ. 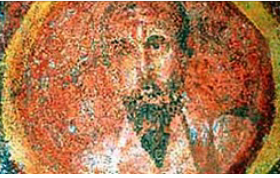