Pope Francis and the characteristic symptom of immaturity

Let's not pretend otherwise (since lying is a sin), Bishop Johan Bonny is a man influenced by the demonic.  See here.

Michael O'Loughlin, writing for the National Reporter, notes that the Belgian Bishop, "who has called on the Church to welcome same-sex couples will get to bring his case straight to Pope Francis.

The Vatican announced Tuesday that Bishop Johan Bonny of Antwerp will serve as a delegate to October’s Synod on the Family. His appointment adds intellectual heft and star power to the liberal flank of bishops pushing for the Church to change how it approaches Catholics living in 'irregular situations.'" Full article here.

As I said in a post several years ago, "A false prophet, a Pope who is controlled by Satan, will prepare the world for the appearance of the Man of Sin.  Saint Francis (from whom the current pope took his name) prophesied shortly before his death that, 'At the time of this tribulation a man, not canonically elected, will be raised to the Pontificate, who, by his cunning, will endeavor to draw many into error and death...Some preachers will keep silence about the truth, and others will trample it under foot and deny it...for in those days Jesus Christ will send them not a true Pastor, but a destroyer.' (Works of the Seraphic Father St. Francis of Assisi, Washburne, p. 248).

In his classic work entitled "The Book of Destiny," Father Herman Bernard Kramer, a priest-mystic, prophesied that, "The 'sign' [in the book of Revelation] in heaven is that of a woman with child crying out in her travail and anguish of delivery.  In that travail, she gives birth to some definite 'person' who is to rule the Church with a rod of iron (Apoc 12: 5).  It then points to a conflict waged within the Church to elect one who was to 'rule all nations' in the manner clearly stated.  In accord with the text this is unmistakably a papal election, for only Christ and His Vicar have the divine right to rule all nations..." (p. 480).

The course has been set.  The signs of the times constitute a warning to the remnant Church. Pope Francis plans to meet with a homosexual activist next month, a man who is calling upon the Church to change her teaching regarding homosexual acts.  Is this what Francis meant when he said the Church has one year to "mature"?  See here.

In his classic work entitled "Trojan Horse in the City of God," Dr. Dietrich von Hildebrand wrote that, "Incessantly we hear today the self-satisfied slogan, 'Man has finally come of age.' Yet there are so many features of the present epoch - the dethronement of truth by historical relativism, the fetishization of science, the devastation of our lives as a result of the laboratory view, and many others - that make it more than doubtful that modern man has really and truly come of age. There is, moreover, something inherently self-deceptive in the very idea. It is a characteristic symptom of immaturity to feel oneself more mature and independent than men of previous times, to forget what one owes the past, and, in a kind of adolescent self-assertion, to refuse any assistance. One need only recall Dostoyevsky's masterly description of the puberty crisis - Kolya Krassotkin in The Brothers Karamazov, Hypolit in The Idiot, the hero of The Adolescent - to grasp the special immaturity of the man who is convinced of his superior maturity, who thinks that in him humanity has in a unique way come of age, who is dominated by one preoccupation - to show his independence. His ludicrous smallness is manifest as he looks down on everything passed on through tradition, even the most timeless values. The illusion of an historic coming of age is not the exclusive possession of our epoch. In the period of the so-called Enlightenment, man also felt themselves to have come of age and looked down on former times as periods of darkness and immaturity. This illusion is a recurring phenomenon in social history and it bears a striking resemblance to the puberty crisis in the life of the individual person. But the contemporary assertion that whereas this perennial boast was never before justified, it is now really true makes its self-serving character all the more clear. One of the many indications of the intellectual and moral immaturity of the present age is the fact that the percentage of worthless books and articles that captivate the minds of intellectuals seems greater today than in any other time in history." (pp.143-144).

This illusion of man having "come of age" is a characteristic of psychological, spiritual and intellectual immaturity. It is also at the core of atheistic humanism. For atheistic humanism advances the notion, rooted in adolescent pride and rebellion, that the human race has reached a leap of advancement, a new stage of development and enlightenment in which man must abandon any notion of divine authority and rely only upon himself to build a utopia here on earth. A utopia where there are no dogmas, no permanent truths, no objective principles or fixed concepts. In the words of Harvey Cox, "Religion is in a sense the neurosis of culture; secularization corresponds to maturation, for it signifies the emancipation of man first from religion and then from metaphysical control." (The Secular City).

This is America's brand of atheism. It is represented in mythology by Prometheus challenging the old gods and stealing fiery power from them to bring man on earth a freedom from divine authority, liberation from childish beliefs and sexual taboos so that man come of age may create for himself a temporal utopia of plenty and a society of peace. This atheism was advanced in 1933 in The New Humanist magazine in a document entitled the "Humanist Manifesto I," by a group of 34 "liberal humanists." However, forty years later The Humanist magazine published "Humanist Manifesto II." This was necessary because the foolish optimism of the "liberal humanists" regarding the natural goodness of man was utterly demolished by the sheer brutality and horror of the Second World War. Not to mention the savage and evil systems of Nazism, Fascism and Communism.

The adolescent rebellion from God which is atheistic humanism continues. It has not learned anything from the harsh realities of history. It refuses to. And this refusal will only lead to more such disasters in the future for mankind. For as George Santayana reminded us, "Those who will not learn from history are condemned to repeat it." Already we are witnessing the brutality of an atheistic humanism which declares its "love for humankind" even as it approves of the worst form of child abuse - abortion - as well as euthanasia and all varieties of sexual experimentation and immoral "lifestyles" such as fornication and homosexuality. And when those who believe in objective truth and morality object, as did those who opposed same-sex "marriage" in California, Churches were attacked and Christians and Mormons were subjected to violence and intimidation - all in the name of "love" and "freedom."

And now the atheistic humanists who promise us a utopia of "freedom" and "love" have infiltrated to the highest levels of the Mystical Body of Christ and are using any and all means of hate-filled propaganda in a demonic attempt to change the perennial teaching of the Church founded by Jesus Christ and to deliver it into the service of the serpent serpent.

The Remnant Church prepares for the Catacombs as the Dark Man* nears. 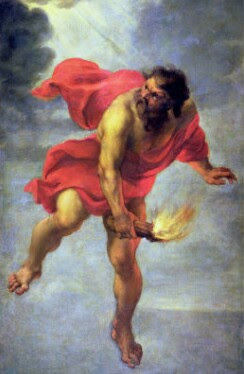